The farm of Elcio Dariz and family is located in Rio Bonito do Iguaçu – PR. The total area is 46 ha, which has dairy as main activity. There is also summer crops production such as soybeans and corn, and part the corn is stored and used for animal feed as dry grain and silage. Dutch breed cows, with high productive potential, compose the herd.

The farm joined the PisaCoop program in March 2016. The initial diagnosis of the production system revealed several positive points and punctual adjustments to be performed.

Firstly, a planning strategy began to use available areas to adjust the plant: animal relationship and to verticalize production in a sustainable way, aiming to promote soil and water conservation, as well as crop rotation. It was advised to use strategies at the production system aiming to eliminate classical autumn and spring feed gaps.

In order to improve the family life quality, and to provide better grazing hours to the animals, changes in the milking schedule were proposed. It was suggested to use period ranging from 7:00 a.m. to 4:30 p.m., so it enable animals to graze before milking in the morning and after milking in the afternoon, favoring pasture consumption during the cooler hours of the day. 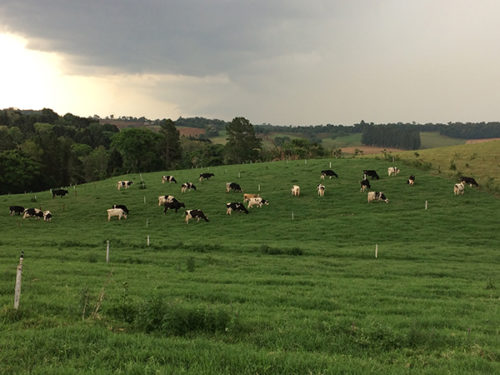 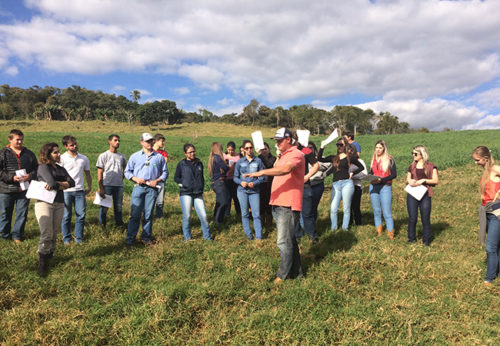 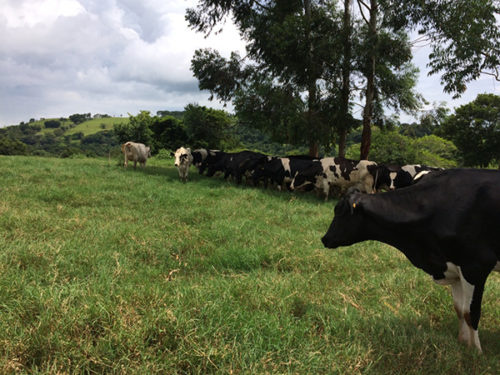 The farmer stated to use the rotatinuous stocking method in his farm, seeking to achieve a greater efficiency when using grazing areas. In addition, a nutritional adjustment for the herd started through analyzing individual milk production per cow. The results obtained in those analyzes helped to make corrections on the offered diet to animals, aiming a more efficient feed use. A unbalance was observed in the dietary energy-fiber relationship, especially lack of physically effective fiber, resulting in metabolic problems for the herd, such as acidosis and laminitis. Initially, 46% of the lactating cows were affected with acidosis, and after the nutritional adjustments the number of cows with this metabolic disorder fell down to 12%. There were improvements in milk quality, the protein content rose from 3.0% to 3.2% and the fat content rose from 2.90% to 3.8%. In addition to that, the individual milk production per cow increased by 20%. After all the nutritional adjustment, we also noticed improvements in both reproductive and sanitary indexes, promoting an increase in the welfare for animals.

Want to know how SIA can help you?

Meet our solutions and contact us to talk with one of our advisors.
MEET OUR SOLUTIONS

Receive information in your email